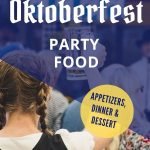 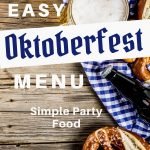 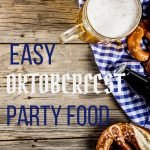 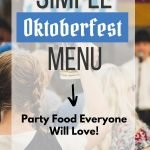 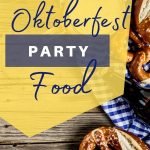 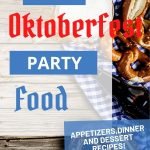 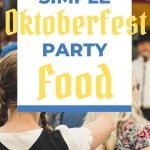 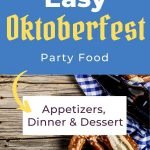 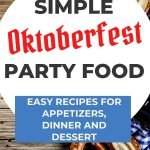 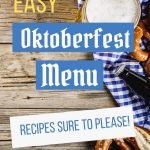 Are you looking for a simple Oktoberfest menu? You’ve come to the right place!

There is no better way to celebrate the fall than to host an Oktoberfest party. Jubilant in nature and focused around Munich’s flavorful food and drink, this is the perfect theme. Not familiar with German cuisine? An Oktoberfest celebration is a great way to introduce yourself and your guests.

Many would argue that German food doesn’t get enough attention in the U.S. However, one food authority believes it should.  According to Mimi Sheraton, the author of The German Cookbook, “German cooking has more appeal to the average American palate then the cuisine of any other foreign country.” She states that meat and potatoes are staples of the German diet, just like America’s. The fats are similar, too, as both often use butter, lard, and bacon. The cuisine also includes a significant sweet and sour component that rivals the Americans. You can usually find ham and pineapple or turkey and cranberries together on a dinner table.

The Germans even have the motto gut essen, gut tinken, which means good eating and good drinking. You can’t go wrong with that!

Now is the time to celebrate the fall and host a party. So here is your Oktoberfest menu.

The fall festival of Oktoberfest is quite an affair. It is celebrated over three weeks, starting in the middle of September, running until the first week of October. Each year over six million people take part in the festivities.

Horse-drawn chariots carrying the beer into the fairgrounds kick off the festival, and the official start is when the Lord Mayor of Munich taps the first keg of beer in the Schottenhamel tent.

Oktoberfest didn’t always have the massive beer tents that it has today. The festival originally began as a wedding celebration. In 1810, the crown prince of Bavaria married Princess Therese von Sachsen-Hildburghausen. The five-day party ended with a horse race in an open area that came to be known as Theresienwiese, which translates to Teresa’s green. Theresienwiese is still the festival’s home.

The year after the wedding, the horse race continued, and the event combined with an agricultural fair, and in 1818, food booths were added. The beer halls replaced the food booths in the late 20th century.

You want to get this right as it is a big part of the event. There are only six breweries that take up space in the large halls and any of these beers would work for your party.

Grazing tables and boards are all the rage nowadays. If you aren’t familiar, it’s like a big charcuterie platter. So why not create one for this event? It comes together and gives your guests plenty of options to nibble on.  Plus, you can quickly scale it based on the size of your affair.

Your grazing table is more than just a cheese plate. It serves as an appetizer board; if you make it large enough, you can skip making dinner!

Most importantly, don’t forget the pretzels and mustard! They are crowd-pleasers for young and old. In the 17th century, children wore necklaces in knotted shapes on New Year’s Eve as a symbol of good luck and prosperity for the year ahead.

Some say that pretzels were initially called “bracellae,” the Latin term for “little arms,” from which Germans later derived the word “bretzel.”

Also, if you want bread, homemade rye chips are not to be missed. Simply toast up some rye bread and cut it into your desired shape. So easy and yummy!

Cheeses For An Oktoberfest Platter

Other Items For An Oktoberfest Appetizer Board

Hopefully, your guests still have room after eating your delicious appetizer platter because it’s time to serve dinner.

Also known as Hendel, which is the Austro-Bavarian word for chicken. It’s also called a broiler. Most beer halls in Munich serve them. Hendel is spit-roasted traditionally, but you can skip cooking altogether and grab a rotisserie chicken — I won’t tell anyone.

If you wish to cook, this recipe from German Foods works well. Be sure to cook the chicken with the breast side UP. If your chicken weighs more than specified, general guidance is to cook the bird for about 20 minutes per pound.  Also, be sure to use a pan with plenty of space to catch the liquid to make basting easy.

No German feast would be complete without sausage. It was believed that the links are so prevalent in Germany because the cold climate did not allow for year-round farming. People needed to be resourceful in the winter and not waste anything.

There are so many options to choose from, but you are most likely to find bratwurst, knockwurst, and frankfurters. When cooking sausage on a grill, you want to use a lower heat and place them parallel to the grill. This method helps them not to curl. Turn them often. A typical brat will take 20 minutes to cook, but it is well worth it!

Bratwurst, or “brats,” is one of the most popular sausages and a symbol of Germany’s cultural heritage. This sausage made from pork and beef has been around since the 1400s. Historian Hubery Erzmann recently found paperwork that shows that there were consumer protection laws surrounding bratwursts in the Middle Ages. A sausage maker would be fined a day’s wages if they didn’t create them properly. I think it’s safe to say that Germans take their brats seriously!

Knockwurst or knackwurst originates in Northern Germany. It contains ground pork,  ground veal, occasionally beef, and garlic. The ingredients are cased, and the product is aged for two to three days. This variety has a red and orange hue, which is quite different from the bratwurst’s pink tone.

Yes, it is the same as a hot dog! Frankfurters, or franks, are usually either all beef or a combination of beef and pork. They are typically seasoned with garlic, pepper, salt, sugar, ground mustard, and nutmeg. Frankfurters are cured and then smoked.

A popular dish in Germany is a take on bratwurst called Currywurst. It is sliced brats covered in curry ketchup. It’s more than just curry powder added to the tomato-based sauce. Daring Gourmet has an extensive tutorial on how to make and serve currywurst. Alternatively, you can buy some from Amazon.

Germans have used mustard since the Middle Ages. Originally it was sold in pharmacies as it was believed that it cured various ailments. Today, there are five primary types: mild, medium hot, hot, extra hot, and sweet. The spicier varieties are popular in Northern and Western Germany, while in the south, the milder and sweeter types predominate.

Even though this side dish is often attributed to German cuisine and has been around since the 1600s, sauerkraut actually originated in China. The Chinese initially fermented cabbage in rice wine thousands of years ago. It is currently declining in Modern German cuisine while rising in popularity elsewhere thanks to fermented food’s health benefits. Sauerkruat is excellent on any of the sausages.

The proteins and beers are the stars of the show on this Oktoberfest menu. In comparison, the side dishes are here to complement them. These recipes make a lot and have intense flavors. Some guests may only take a little.

In Germany, an average of 60 kilograms of potatoes is consumed per person per year. That is over 130 pounds!

The potato first arrived in Germany in 1630. According to legend, King Frederick II of Prussia thought so highly of the spud and its nutritional and economic value for the country that he allegedly had soldiers protect the crop, believing that it would create a cache that it was valuable. Farmers quickly caught on and started growing the so-called apple of the earth.

This recipe from Taste of Home is an excellent accompaniment to our Oktoberfest menu. I found that the potatoes took much longer to boil than the recipe suggested, but mine were rather large. I suggest you find smaller ones to cut down the boiling time. Also, this was a bit too sweet for our palates. Taste as you make the sauce, and don’t be afraid to omit some sugar.

There is so much cabbage grown in Germany that there is an 81-mile scenic route known as the German Cabbage Route. More than 80 million heads are grown there each year.

All Recipes has a traditional red cabbage and apple dish. It takes some time to cook, but you can just set it and leave it. You can taste that little bit of cloves in the recipe, so feel free to omit if you don’t enjoy that flavor.

If you are short on time, you can prepare it in the Instapot like Noshtastic.

While most people associate german food with flavorful fare that is meat-centered, it also has terrific desserts. Choosing one may just be the most challenging job you have.

These nuts can be prepared the day before and are addicting.

You need to have chocolate cake! This one from Serious Eats is heavenly.

If you are looking for a simple dessert with ingredients you are likely to have on hand, look no further than this strudel. It comes together in no time and looks very impressive. You may want to bake it for a minute or so longer to ensure that you thoroughly cook the inside.

What Should I Bring To An Oktoberfest Party?

Were you invited to an Oktoberfest party? That’s great! Here are some great dishes to bring.

Have you ever been to Munich? What would you have on your Oktoberfest menu? Let me know in the comments below. I’d love to hear!

Are you looking for more theme menus? Check out our Roaring 20s and Bravo party menus.

Previous Post: « Here Is The Best Way To Store Grapes – It Couldn’t Be Easier
Next Post: The Best Frozen Appetizers From Costco For 2022 » 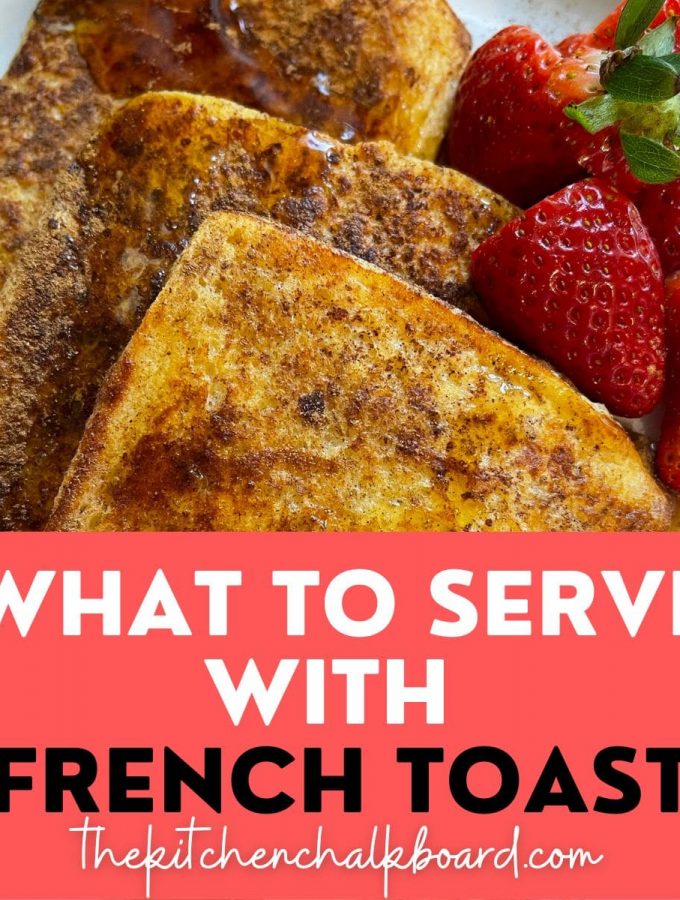 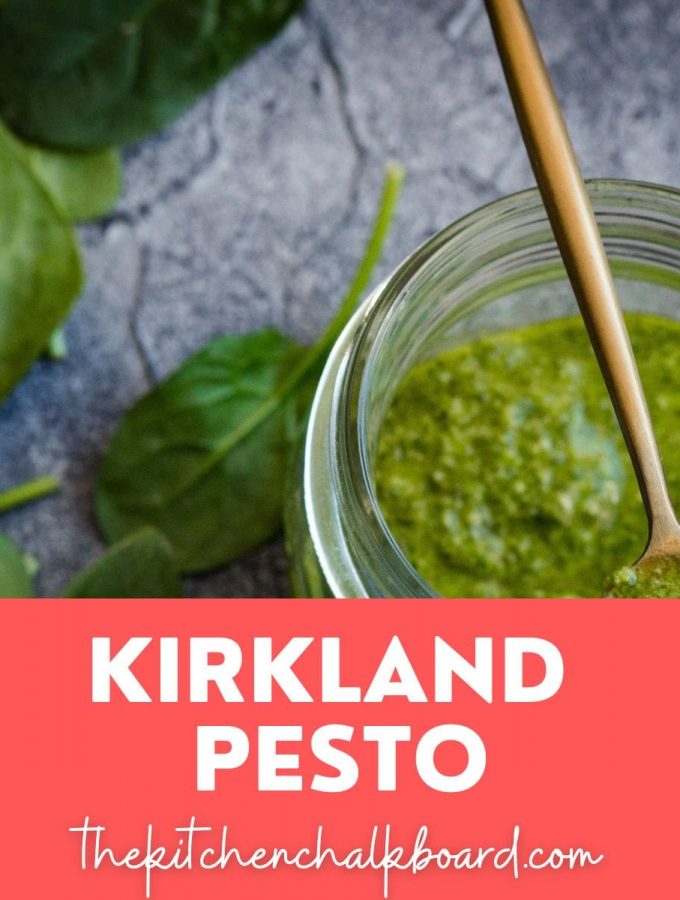 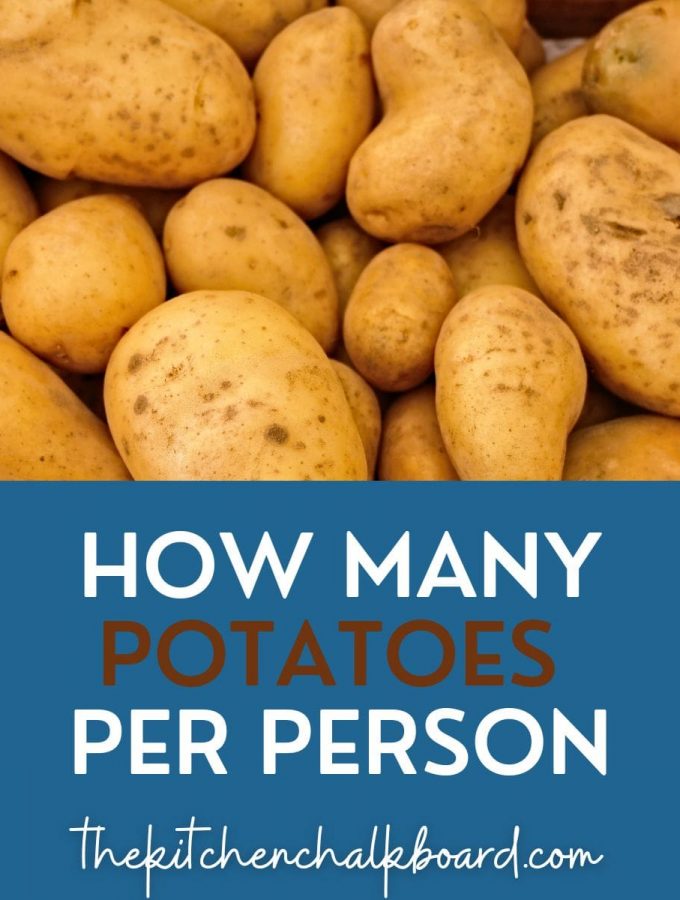 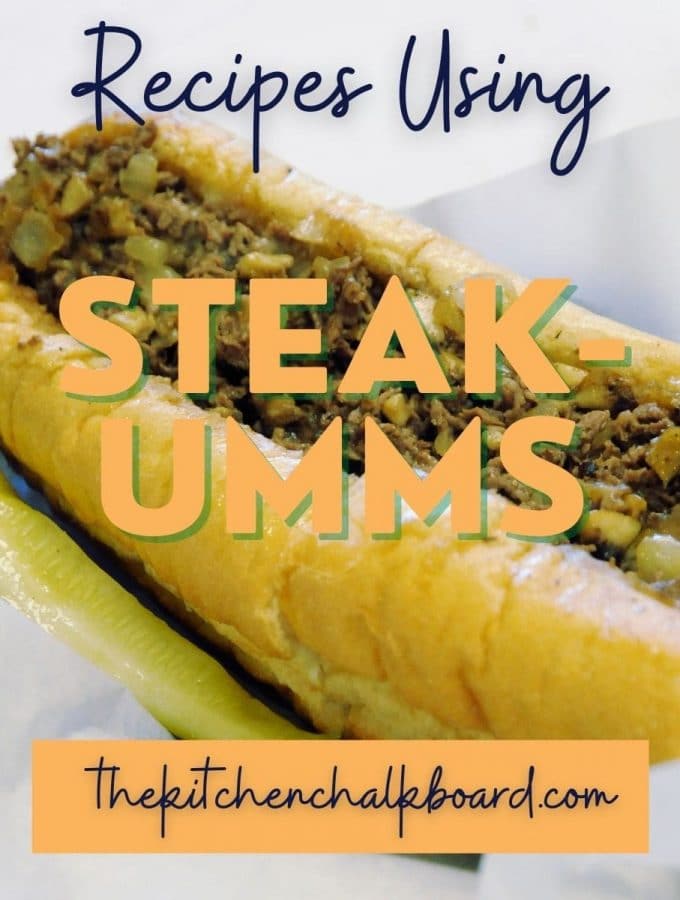